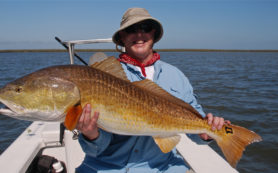 Corpus Christi: Trout are fair to good on the edge of the spoils on Gulps and live shrimp. Redfish are good in the potholes on shrimp.

Hubcap Grill creates specialty hand crafted burgers. They pride themselves on their products with fresh never frozen beef and hand cut fries. Their burgers are cooked to order and take time to prepare. They know you will taste the difference in the hand crafted burgers despite slightly longer cook times.

The Hubcap Grill has been voted the best burger in Houston... 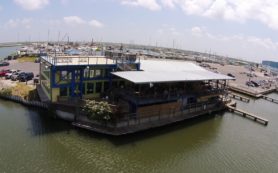 06 Feb 2019 In category Rockport No comments

Rockport is a city on the coast of Texas. It’s home to long Rockport Beach, with its fishing piers and rich birdlife.

The Texas Maritime Museum explores Gulf Coast history with exhibits on shipbuilding, oil drilling and pirates. Nearby, Rockport Center for the Arts has changing local art displays and a sculpture garden. Fulton Mansion is a restored 19th-century home with gardens and an educational center.

Pier 19 of South Padre Island has a menu for everyone: Burgers and sandwiches, out of sight seafood, and unique chef specialties. Enjoy breakfast, lunch or dinner over the water at Pier 19.

The entire pier has been dedicated to your dining and sightseeing pleasure. Located perfectly on the Laguna Madre between the Queen Isabella Causeway and the Brownsville Ship Channel creates a unique panorama for photography or viewing pleasure. Pelicans, dolphins, large ships, charter boats, parasailing, beautiful sunsets and much more can be viewed from the restaurant, boardwalk or Hooker’s bar at the end of our pier. 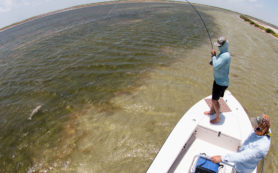 Galveston (West): Trout are fair to good for drifters working shell on soft plastics. Trout, sheepshead, redfish and black drum are good at the jetty on shrimp and croakers. 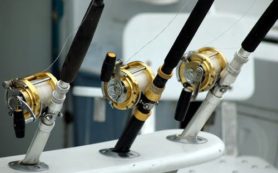 East Galveston: Trout are fair to good on the south shoreline on Soft–Dines, MirrOlures and topwaters. Whiting and sand trout are good on the edge of the Intracoastal on fresh shrimp.

West Galveston:Trout are fair to good for drifters working shell on live shrimp. Trout are fair in the mud and shell on topwaters and Corkies in the afternoon. Sheepshead, redfish and black drum are good at the jetty on shrimp and crabs. 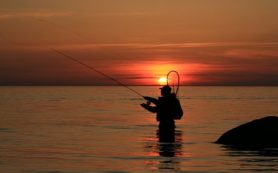 Corpus Christi: Trout are fair to good on the edge of the spoils on Gulps and live shrimp. Black drum are good in the Humble Channel at night on crabs and table shrimp. 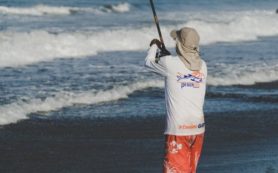 South Padre : Trout are good around the spoil islands, channel edges and color changes on DOA Shrimp. Black drum and redfish have been taken at the jetty 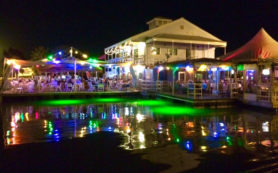 Harrison’s Landing, a dba of Yachting Center of Corpus Christi, LLC, is a family-owned and –operated business, comprised of three areas of services:  Tavern on the Bay, Cathy’s Boutique & Gifts, and the Yachting Center.

The Yachting Center was opened in 2006 at its former location on the Cooper’s Alley L-Head, at the other end of the City Marina, as a sailing school, captain’s training and charter boat operation.  By 2007, the operation had grown and a new, larger location was needed.   A retired Army utility lash barge was purchased and modified to accommodate the existing two-story floating building.   We relocated to our new location in April 2009, and expanded our operation to include Cathy’s Boutique & Gifts.

The following year we opened Tavern on the Bay, an outdoo... 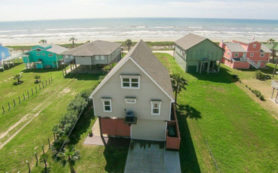 BG’s Galveston Beach Vacation Rental in this fully stocked beach house with fantastic ocean views. Enjoy the ocean wind in your hair and the sun on your skin while lounging on the 2nd and 3rd floor patios, or head inside for a snack in the fully stocked kitchen. Or just relax on any of the leather couches for a daytime nap, a movie on the flat screens, or check out your Facebook with WiFi.
baths: 2
bedrooms: 3
location: Beach Front
sleeps: 8
type: Single Home
view: Beach View
view: Gulf View