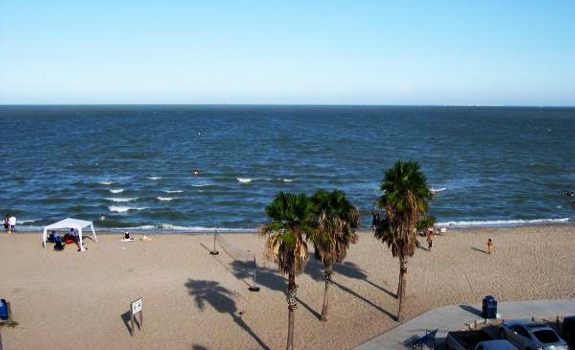 Texas Forest Service is sending nearly 50 emergency responders to South Texas in preparation for Tropical Storm Alex, which is expected to make landfall as a hurricane early Wednesday morning.

The agency has mobilized one Type 3 All-Hazard Incident Management Team and placed on standby two additional teams that have been assigned to Rapid Response Task Forces — Task Force Austin and Task Force Texas.

“We’re working with all our agency partners and private partners to provide a coordinated state response to the Valley in the aftermath of what we believe will make landfall as Hurricane Alex,” said Texas Forest Service State Incident Management Team Coordinator Bob Koenig.

Trained and operated by Texas Forest Service, the Type 3 All-Hazard Incident Management Teams are made up of local emergency responders from across the state. When deployed, they work with local officials, providing command and leadership support to communities in need of help following a disaster.

Generally, the teams are tasked with tracking resources in different counties, operating resource distribution points and staging areas or providing support for public information. When assigned to a task force, the teams provide operational and logistical support for the group such as coordinating transportation conveys and operational briefings.

Two additional Texas Forest Service employees — a regional fire coordinator from Gilmer, Texas, and a resource specialist from Pittsburg, Texas — also were deployed Monday to McAllen, where they’ll be embedded with the District Disaster Chair, the regional coordinator for the disaster response.

The storm is expected to make landfall Wednesday morning on the extreme northeast coast of Mexico, possibly near the mouth of the Rio Grande River or just south of South Padre, according to National Weather Service meteorologist Tom Bradshaw.

Currently a tropical storm, Alex is forecast to become a hurricane within the next 24 hours as it hovers over the warm Gulf Coast waters.

As a result, heavy rain, flash flooding and hurricane force winds are predicted for South Texas, Bradshaw said during a statewide emergency response conference call on Monday morning. Up to 12 inches of rain is expected between Wednesday and Friday with up to 16 inches in isolated areas. Coastal flooding also is predicted with the storm surge expected to rise six to eight feet — and possibly up to 12 feet near South Padre.

A member of The Texas A&M University System, Texas Forest Service is recognized as a leader in defining forestry for the future of Texas and the nation through its applied programs in forest and tree development; wildfire prevention, mitigation and protection; urban and community forestry and a host of other innovative forest sustainability programs.

Texas Forest Service also serves as the lead agency for the state for all-hazard responses including suppression of wildfires and the management of state disasters such as the Space Shuttle Columbia recovery effort and Hurricanes Katrina, Rita, Dolly and Ike.